Amnon Lipkin uses his sewing machine as a pen to draw on canvas as if it was paper. He began by sewing everyday 3D objects like small cars, houses, a television… His works evolved into sewn sketches by using one thread from beginning to end. His sketches can be seen as a modern approach and extansion to traditional embroidery. 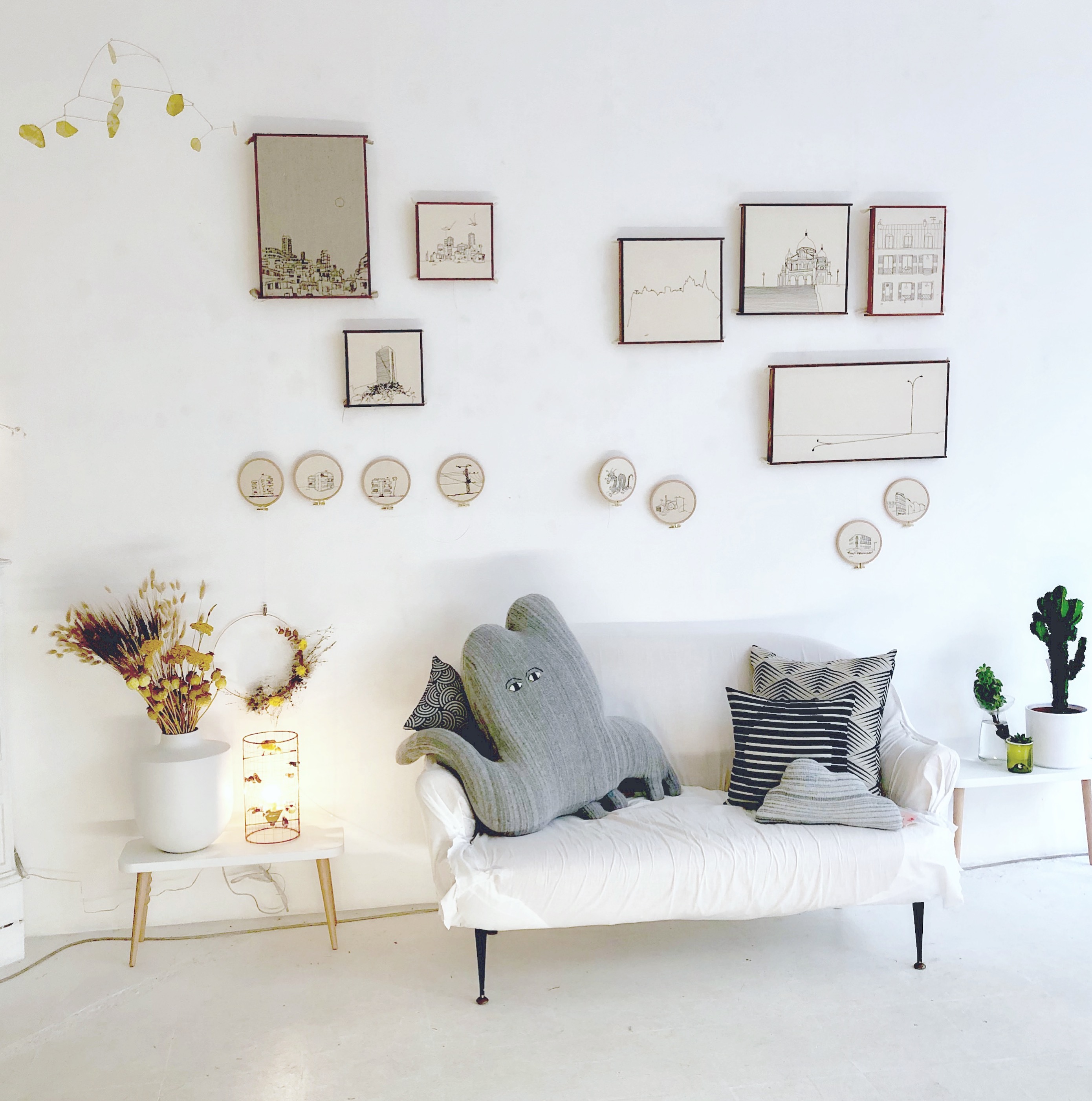 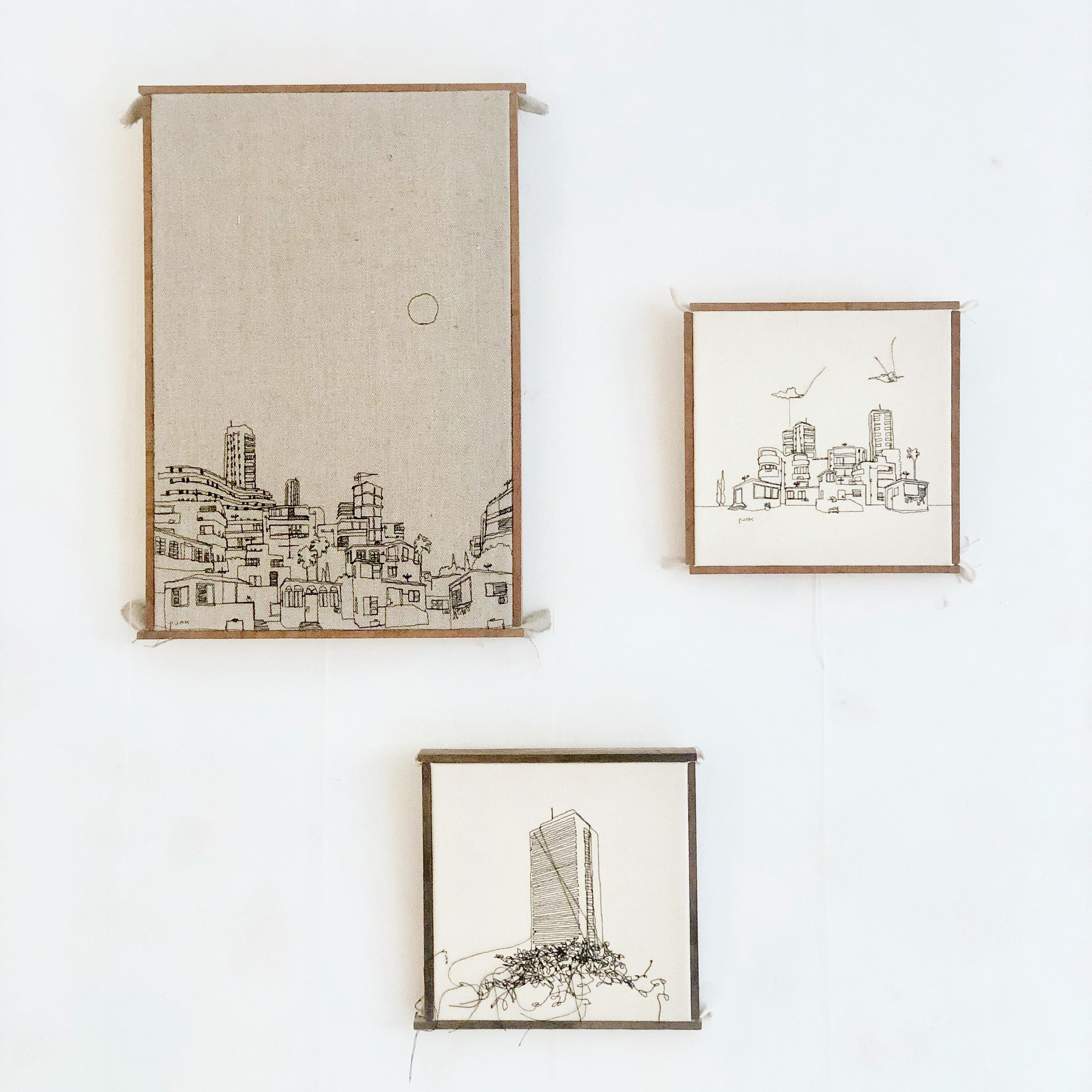 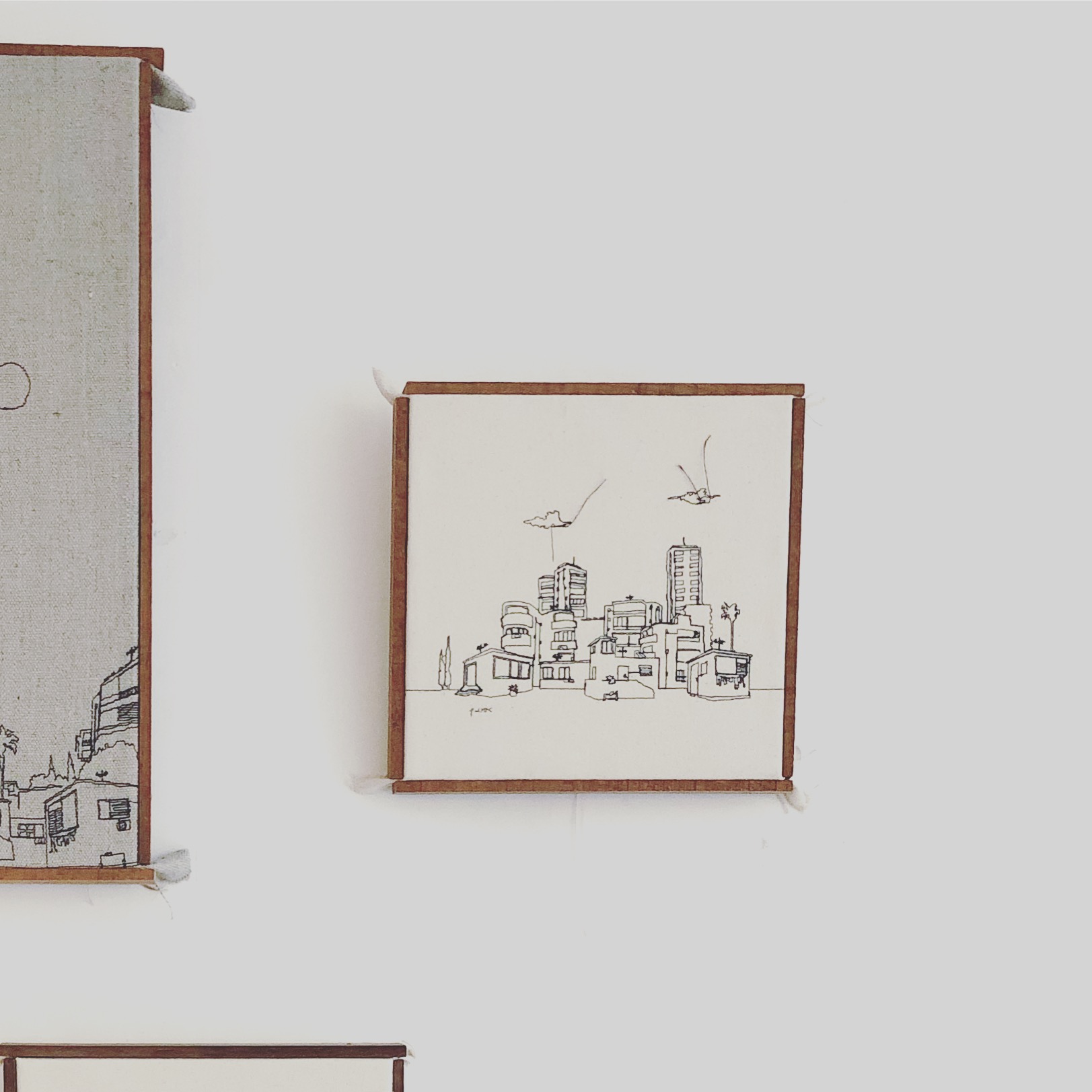 We are very happy to show you the work of Amnon Lipkin, an absolute favorite when we met him in 2018 on M&O. Today, what a pleasure to show you some of his views of TelAviv. During his few days in Paris, Amnon also made some views of Paris...

Exhibition Paris - Tel Aviv, from February 5 to March 16, 2019, at the Parisian manufacture.